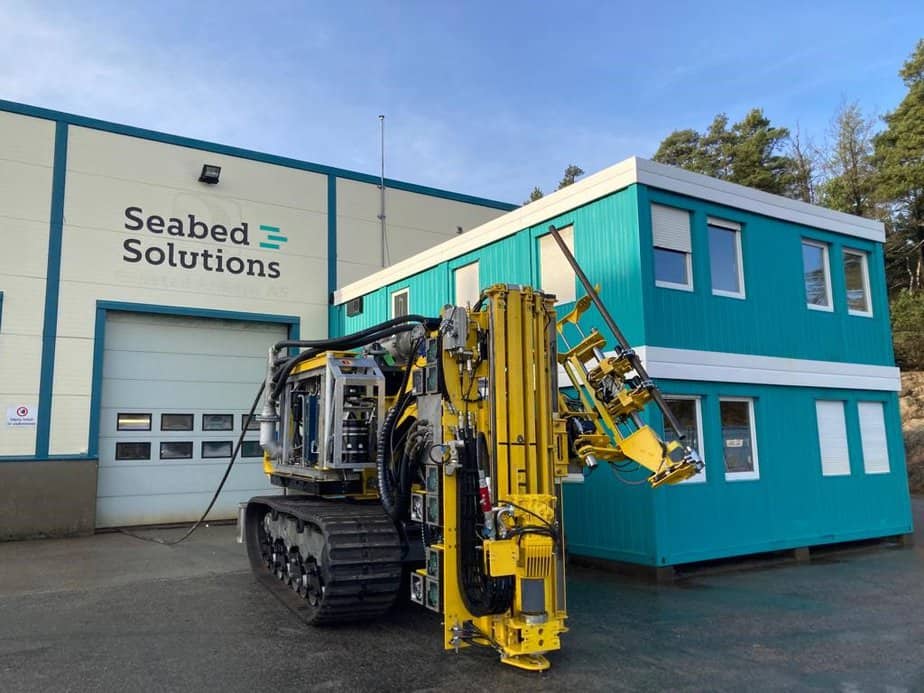 Ever since the humans learned to control the fire, minerals have given people the tools they need to solve the challenges they face. This time is no different.

The minerals give us the technologies we need to solve the climate challenges, extract minerals from the deep sea, and to take the step into space.

Digitization, the new space race, the fourth industrial revolution (4IR), and the transition to a cleaner energy system increases our dependency on minerals and the nations that produce them.

For three decades we have lived in a globalized ecoomy with one superpower. That is no longer the case. We now have two superpowers and that changes the international economic system and the global power centre.

These changes  will affect Norway, and the Norwegian government must take these changes into account when they decide the nations future strategy.

When superpowers developes their strategy, it is not welfare and economic benefits that are the main priorities. It is power.

And in a game of power, dependency equals vulnerability.

Individual nations today account for the bulk of the global production of minerals. This increases the risk that natural disasters, regime changes, riots and war situations can affect future deliveries of critical raw materials.

Norway and NATO currently depend on China to fulfill the demand for processed minerals, both to meet current needs and for the development of the  technology of the future.

With the fourth industrial revolution, the war space is  expanded to include the use of autonomous weapons, drones, new types of biological and chemical warfare agents, various types of energy weapons,  and weapons for control of space.

There is also a lot of research into how synthetic biology can be used to enhance human capcities and the creation of a new generation of super soldiers.

The new technologies are made possible by new materials and rare earths elements, minerals that Norway has identified high occurrences of within its sector.

China’s investments in technologies for deep water operations will expand the war space.

Today NATO has the capacity to locate, track and engage most objects in space, but the alliance’s capacity when it comes to  deep-sea oparations is almost non-existent.

Utilization of Norways maritime competency will contribute to NATO’s technological development in the deep sea space.

An expansion of the war space to the deep-sea will place great demands on Norwegian universities and how they manage their responsibilities.

Russia and China have a common interest in the Arctic region

It caused a stir when in 2014 China referred to itself as a Polar Great Power and a few years later in its Arctic strategy as a “near-Arctic power” with the intention of establishing a Polar Silk Road to increase its influence in the region.

Despite the fact that Norway has identified very high mineral deposits in its sector, these are by no means the most potent spreading ridges in the area.

The most potent spreading ridges are today covered by ice. But if UN climate scientists are right, the Arctic Ocean can be ice-free by 2035, and this will increase the area’s importance, both as a source of protein in an overheated world, but also as a supply chamber for the minerals that enables the technology of the future.

Today, 20% of Russia’s income comes from inside the Arctic Circle and the income from the region will increase considerably in the future.

Russia has previously shown that they are willing to go to great lengths to defend what they believe is theirs and both proteins, oil, gas and mineral resources are worth fighting for. 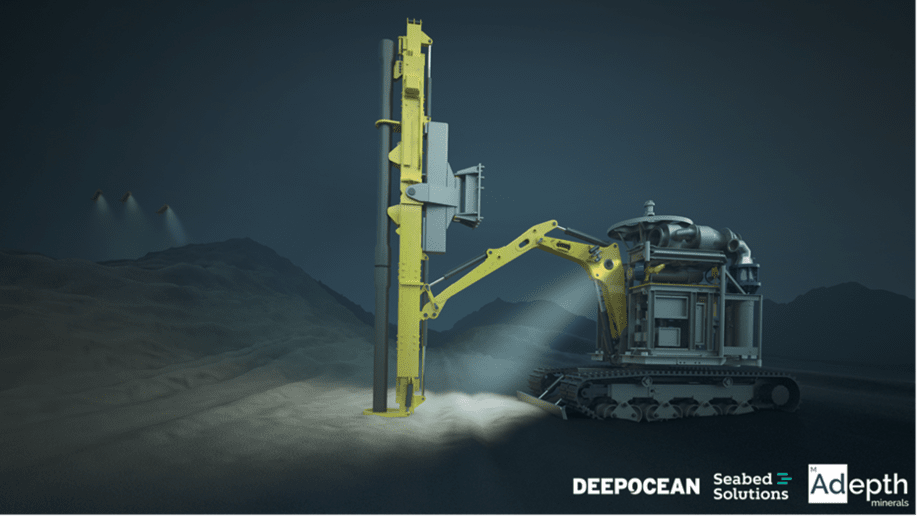 “It is not a question of whether the extraction of minerals from the seabed will happen, but whether Norway will establish  leadership in the forming of environmental standards, operational procedyres, and efficient technology development “.

NATO is our most important guarantor of future freedom

Russia’s invasion of Ukraine has shown how important NATO is for the preservation of peace and stability in Europe.

The best way Norway can contribute to strengthening the NATO alliance is by contributing to balance in the mineral supply chain and the development of  technologies that enable NATO to strengthen its capcities in the deep sea.

There is no longer enough that NATO submarines  can operate down to 600-700 metres, when the threat in near future will come from below.

Opening of the Norwegian shelf for mineral extraction

All mining operations have an impact, but by extracting the minerals from the areas on the planet where the concentrations are the highest, interventions can be carried out with high precision and a lower impact than on land.

The pace of development is increasing

We don’t have to go many decades back  before the things we are capable of today would have been perceived as pure magic.

The world has taken great technological steps in a short time.

With the fourth industrial revolution and the advent of machine learning and extensive use of artificial intelligence, the pace of development will increase ten-fold.

Opening the Norwegian shelf now is necessary if Norway are to utilize and capitalize on its technological and operational advantage in deep-water operations.

It is necessary for NATO to gain a technological edge in deep-sea operations if the West is to be a global technological and economical center, for our democratic values to be continued, and to ensure that we get enough minerals to be able to realize the green shift.

What we expect from the authorities

It is not a question of whether the extraction of minerals from the seabed will happen, but whether Norway will establish  leadership in the forming of environmental standards, procedyres, and efficient technology development, at the same time we contribute to bringing balance into a vulnarable supply chain.

We are on our way into a more polarized international economy, and Norway has a responsibility to contribute with minerals and technological expertise to our partners within the NATO alliance.

In a world that evolves rapidly, and where technologies depend on minerals, it is the Norwegian authorities’ responsibility to facilitate effective decision-making processes, clear frameworks and a strong financial support regime.

The Chinese Government has very good support regimes in place for their new industrial initiatives and here we cannot be worse than on the western side.

We must be better.

Revolutions are never popular among those in power

Six months from now, the Norwegian Government will decide whether the Norwegian Continental Shelf is to be opened for mineral exploration. By establishing a Norwegian maritime mineral industry, Norway can contribute to the productions of the worlds most sustainable...

END_OF_DOCUMENT_TOKEN_TO_BE_REPLACED

To keep up with a growing demand from the offshore wind market Seabed Solutions acquires another GTO Subsea Dredge system. Bård Brekke Jørgensen is Technical Director of Seabed Solutions and one of the founders of the company. For more than 20 years he has built high...

END_OF_DOCUMENT_TOKEN_TO_BE_REPLACED 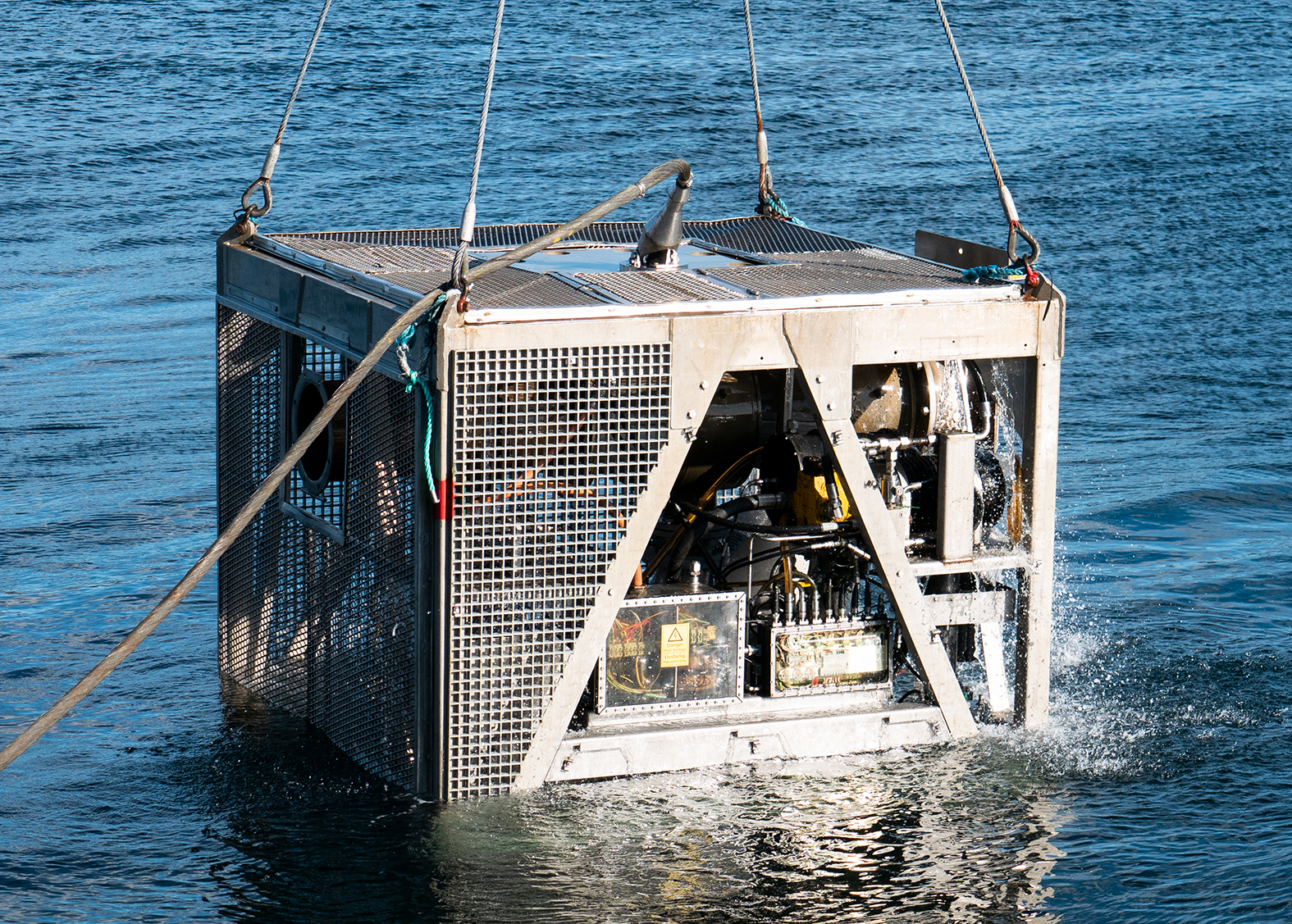